Our Keynote Speakers include:

Daniel Susskind is the co-author, with Richard Susskind, of the best-selling book,The Future of the Professions, and a Fellow in Economics at Balliol College, Oxford University. He is currently finishing his latest book, on the future of work. Previously, he worked in the British Government – as a policy adviser in the Prime Minister's Strategy Unit, as a policy analyst in the Policy Unit in 10 Downing Street, and as a senior policy adviser in the Cabinet Office. Susskind received a doctorate in economics from Oxford University and was a Kennedy Scholar at Harvard University.

Paige Pitcher is a Real Estate Developer, Planner, and Entrepreneur.  Currently at Hines Office of Innovation she vets and launches new products, processes, and technologies for a global real estate firm with holdings in 26 countries. Prior to joining Hines, she co-founded a planning and development company that built half a million square feet of mixed-use projects including 500+ units of affordable housing. Paige holds a Master of Real Estate Development from MIT and a BS in Urban Planning from the University of Utah. As a Fellow of the Samuel Tak Lee Real Estate Entrepreneurship Lab, her research quantified the financial impact of autonomous vehicles on the built environment.

Her popular TEDx talks explore the legal, social, and ethical challenges surrounding such autonomous technologies. Limmor is also an active member of the the Israeli German Lawyers Association. As an intern, Limmor worked with one of the largest law firms in Israel Goldfarb Seligman & Co to better understand large multinational infrastructure projects. 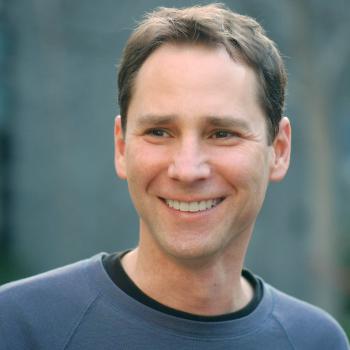 David Sirkin is a Research Scientist at Stanford University's Center for Design Research and a Lecturer in Mechanical Engineering. His research on the design of physical interactions between humans and robots, and on autonomous vehicles and their interfaces, has been covered by the Associated Press, the Economist, New Scientist, San Francisco Chronicle, and the Washington Post. His teaching includes design theory, user-centered design methods, and interactive device design. David grew up in Florida, near the Everglades, and in Maine, near the lobsters.

An-Magritt Ryste is Program Manager for Autonomy in Kongsberg Maritime. The program covers development of technology and products for automated and unmanned vessels and shore control centers in the maritime autonomous surface ship (MASS) segment. She started in Kongsberg Maritime as a maritim trainee, a two-year trainee program hosted by the Norwegian Shipowners’ Association. After the trainee period, An-Magritt worked with Kongsberg Maritime’s global offshore delivery projects and continued as department manager of the drilling automation application team. She then turned towards innovation and research projects as project manager within the technology division in Kongsberg Maritime before taking on the current role as program manager for autonomy.

Jens Henriksson is an Industrial PhD student working at Semcon within verification of machine learning for safety critical applications. The rapid development of autonomous system can partly be contributed to data driven algorithms such as deep neural networks. Different types of these networks have proven to generalize well for several different problem domains, such as object detection. For some use cases in safety critical applications the outcome of unintended behavior or missed activations can have severe consequences. For classic algorithms there exist rigorous methods for safe development and testing, but not for data driven algorithms. To solve this, it is important to uncover how deep learning can be developed, verified and tested to achieve safe integration in safety critical applications. Jens Henriksson will tell you about his and Semcons research activities within this field.