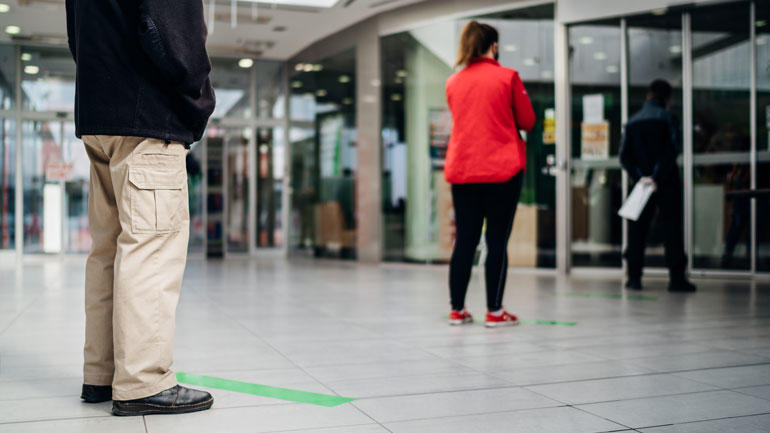 Social distancing while lining up during the COVID-19 pandemic.

To understand the COVID-19 pandemic, we should take a closer look at the pandemics of the past, says Norwegian scholar and professor of history at USN Ole Georg Moseng.

In his recent book 'Pesten kommer', Moseng describes the history of the plague through the ages and the human response to it. The Black Death epidemic, caused by a bacterial infection, is by far the deadliest epidemic that has swept from Asia to Africa and Europe. In his book, Moseng argues that the common misunderstanding about the Black Death is that it was a singular event. "The disease shows up annually in one part of the world or the other," says Moseng "In fact, cases of the Black Death showed up this year, in July 2020, in inner Mongolia." 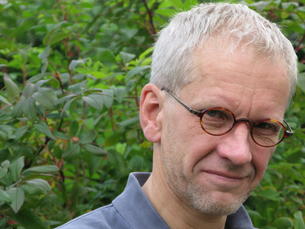 Archaeological finds have discovered the presence of the plague bacteria in Europe as far back as the Neolithic (c. 4900 BP), but the deadliest recorded outbreak is from the series of plague epidemics that lasted for nearly 400 years (1347–1722). By c. 1500 it led to a dramatic population decrease and had a vast impact on society. There have been several other outbreaks before and after. The so-called 'Third Pandemic' originated in Central Asia at the turn of the 19th century. It is still present in four continents, in countries such as China, India and the United States.

While the Black Death myths have lived on through oral history, very little is documented about the disease in Norway. "We have very few sources, we have no idea how many people died or how it spread," says Moseng.

Animals and their links to epidemics

Moseng says that by learning about the history of the past epidemics, we also learn how to respond better against future pandemics. "If we study the past outbreaks — SARS, MERS, COVID and even the plague, we understand that the pandemic we are facing is a zoonosis, a disease that has been passed on to humans from animals," says Moseng.

He argues that the spread is closely connected to modernization processes. The industrial revolution brought about a shift in human life, but that was not the first time that human life shifted dramatically. Moseng says that the agricultural revolution, some 20,000 years ago made it fundamental for human beings to domesticate animals for providing food. "But it also brought us into close contact with the animals and the diseases they brought with them," says Moseng.

According to Moseng the best way to avoid pandemics would have been to have avoided the agricultural revolution altogether. "But that would mean we would still be hunter-gatherers and we would skip the whole process of modernization altogether," he adds. "There's not much we can do about that now, but by recognizing the threats, by preparing ourselves and by acting properly, we may get in front of future pandemics."

Scholars like Moseng argue that while we are better prepared for epidemics like COVID-19 than we were 100 years ago during the Spanish Flu epidemic, the scale of the COVID-19 pandemic has shown that we were not prepared enough. “We thought we had more knowledge now,” says Moseng, “That, combined with modern medicine, better physicians and research, made some of us believe that Spanish Flu was the last big epidemic that went out of hand, but we were proven wrong . ”

Moseng says that the governments of the world need to have better plans to deal with future pandemics because this is not the last one we are going to see in our lifetime. "The governments did not have pandemic plans that were good enough, or if they had one at all," says Moseng, "If not anything else, the COVID-19 pandemic should function as a wake-up call."

Some countries did better

In early December 2020, the United Kingdom and the United States started rolling out the COVID-19 vaccine. Moseng reflects on Norway's response to the COVID-19 pandemic. He credits the low infection rates and mortality partly to the organization of the welfare state. "An essential prerequisite is the level of trust that we Norwegians have in our government," says Moseng, "Over the years we have come to understand that the welfare state works. We are willing to work hard and continue to pay taxes so that it endures, and that has helped us during the pandemic. ”

But Norway's neighbor, Sweden, is also a welfare state. The infection and mortality rates there have been much higher than in Norway. Moseng explains, “Sweden has a welfare state that works well, but the Swedes probably trust their health experts more than they trust their leaders,” he says, “Some experts were wrong in stating that acquisition of herd immunity would work as a strategy for fighting the pandemic. ”

End of the pandemic

"There is light at the end of the tunnel, there are vaccines that are being distributed and the pandemic will end," says Moseng. Thanks to antibiotics and modern medicine, our generation in Western Europe has not had to experience bacterial communicable diseases that are not curable, but COVID-19 has changed that.

As the world comes out of the fog of the pandemic, Moseng believes some to the lifestyle choices that we have been forced to make to stay safe during the COVID-19 pandemic will live on. "Handwashing, social distancing, isolating when you are not well to keep others around you safe — these measures have proven to be extremely effective and I think they will live on," says Moseng, adding, "These habits were developed for the struggle against tuberculosis in the 1890s. We know that they were successful then, as they have been successful now — if those habits linger on after the end of the pandemic, that is not a bad thing. ”