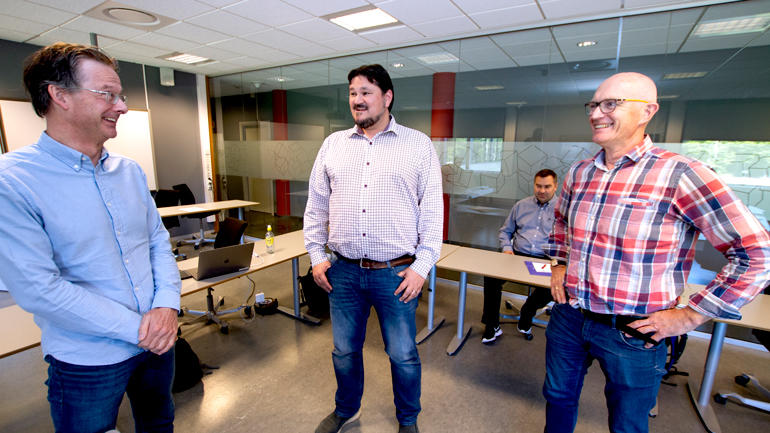 The world's first captains and navigators of driverless ships are to be trained at the University of South-Eastern Norway. – We have a key role to play in bringing autonomy in shipping to the world, says Project Manager Christian Hovden.

The technology used for sending vessels out on missions without a crew is rapidly entering the maritime industry. How is it possible to ensure safe traffic at sea with driverless ships?

The MaritimeLog research group at the University of South-Eastern Norway is in the process of developing much sought-after education for operators who remotely control and monitor vessels from onshore control centres.

A pilot course was recently held in the simulator park at the Vestfold campus – a global first for land operators of autonomous ships.

– We have developed the competence framework in collaboration with major maritime parties. This is now being used to create a specific training programme for qualified navigators to become land-based operators of autonomous ships. No-one else has come this far in developing such a certified scheme, says Project Manager Christian Hovden.

Useful experience from the pilot course

He has been the prime motor behind the development of education for operators working in onshore control centres – Shore Control Centres. Becoming a land operator requires being educated as a captain and navigator and at least two years of sailing experience during the past five years.

– Rapid changes in the maritime industry involving automation and green shipping require new expertise. This project has clearly shown that maritime educational institutions in Norway will play a key role in bringing shipping autonomy to the world, says Hovden.

The land operators are responsible for the safe operation of autonomous or remotely operated ships during continuous monitoring. The pilot course provided an introduction on how missions can be handled by the participants, navigators and captains with different backgrounds and experiences from Wilhelmsen, Bastø Fosen and others. One of the participants was the Captain of the driverless, all-electric container ship, the Yara Birkeland.

The course was streamed live by USN eDU with observers from the Western Norway University of Applied Sciences, NTNU Ålesund, UiT The Arctic University of Norway and several project partners and stakeholders from the maritime industry.

The training used simulator models from ASKO Maritime, sea drones that will sail between Horten and Moss. Based on the feedback received from the pilot course, the project will assess any necessary updates and revise the framework in order to tailor a formal education.

– We will then be the first in the world to deliver such a training programme for qualified navigators, if it is approved by the authorities and recognised by international bodies. Initially, a full 10-day course is planned in the simulator park at the Vestfold campus, says Hovden.

The USN is developing the competence framework in cooperation with the Norwegian Maritime Authority and the classification company DNV, as well as the industrialists Kongsberg Maritime and Wilhelmsen Ship Management.

Own test arena for autonomy

Funding for the competence framework has been obtained from Maritime Competence towards 2020 (MARKOM2020), a state development project tasked with improving the quality of professional Norwegian maritime education.

–The academic and research environment at the Vestfold campus is at the forefront of maritime autonomy. We will continue to cooperate with leading players in the development of zero-emission maritime transport, says Hovden. 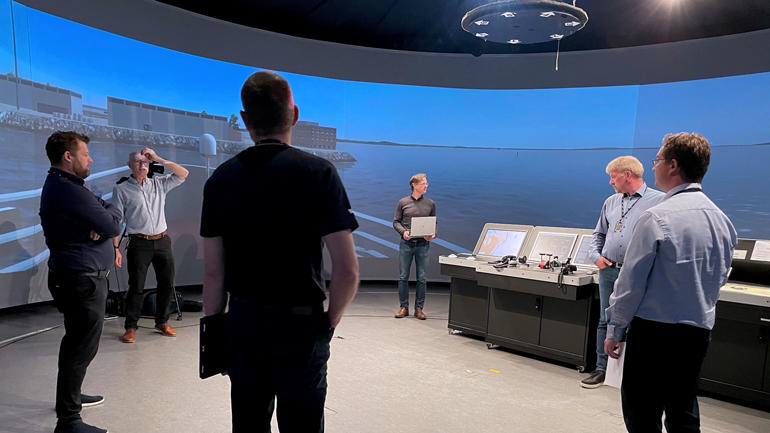 The USN in Horten already operates a full testing arena for the development of autonomous solutions in cooperation with the maritime industry.

This is where companies, students and researchers have access to the world-class infrastructure and knowledge that are required for testing everything from sensors, subsystems and navigation algorithms to vessels and ships.