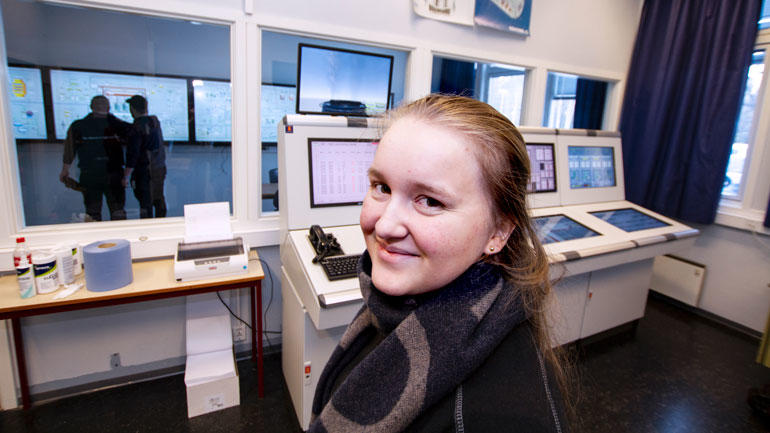 Charlotte Stang is a maritime engineering student at USN.

A maritime engineering student reflects on the future of maritime education and how COAST is leading the way.

It is late Friday morning at the University of South-Eastern Norway's (USN) Vestfold campus. Charlotte Stang, a second-semester student in the Bachelor’s in Marine Engineering (Bachelor’s i marinteknisk drift) program, comes out of a simulation class. She takes a small break and quickly heads towards the simulation laboratory.

"I will spend my afternoon in the simulation machine practising here," explains Charlotte.

Tucked away on the first floor of the main campus building, the simulation room is bright and quiet. In one room there are small screens with levers, keyboards, and buttons. This room opens to another one where more screens line the entire wall surface. The screens have touch sensors, red and green valves and buttons.

“We are on a ship now, and we have to start from cold—we start the emergency engine, the boiler system, and other assistance systems so that the ship can go forward,” Charlotte explains.

She moves around, pushing buttons, looking at the screen, when the quiet of the room is suddenly interrupted when a loud alarm goes off and lights begin to flash. She pushes a few more buttons and the ringing stops.

“If the pressure is not right, or the temperature is incorrect—the alarm indicates that we haven’t opened a valve we were supposed to open, or we have opened it too much—so the system warns,” Charlotte elaborates.

“It is a great way to learn because you know exactly what you did wrong and making mistakes is a part of the learning in this simulation class.”

This Friday session was one of the first on-campus simulation classes Charlotte has had this semester. COVID-19 infection control measures have meant that the campus had to remain closed for a few weeks earlier this year, and students were not allowed to practice.

“The room was off-limits, but I have a simulator in my computer, where I was practising, so I do not feel like I missed out a lot,” says Charlotte.

“That said, of course, it is different being in the simulation room, and I am relieved we can do this physically.” 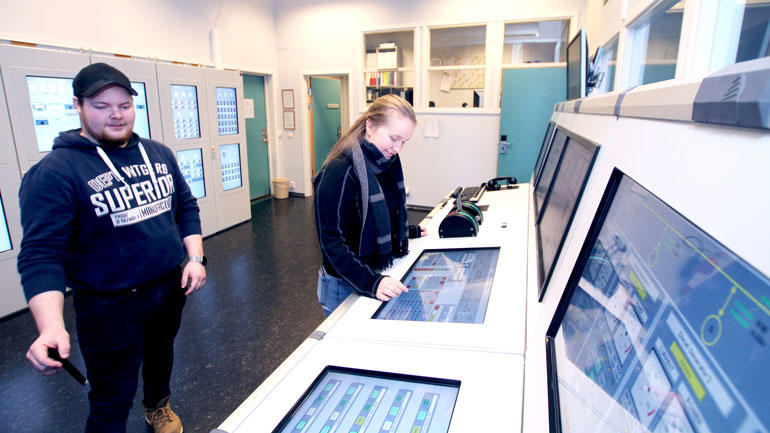 Coming to USN to study marine engineering was a part of a life-long dream for Charlotte. She grew up in the west coast of Norway in Stongfjorden, a town of about 100 people, and comes from a long line of seafarers. By the time she was ten years old, she knew she wanted to spend her life at sea.

Then, in middle school she got the opportunity to be part of a program that takes students sailing for a week.

“In that trip, I met people and businesses that lived by the sea, met other seafarers and like-minded people—that was a wonderful experience, and it re-affirmed my decision to spend my life on the water,” she says.

With that in mind, at 15, Charlotte applied for Sørlandet Maritim Vidergående Skole, a high school specializing in maritime training and got in. “I went in wanting to be a captain on the boat,” she says.

However, a year into the program, she knew she wanted to work on the technical side of the ship. “I got to fix things, I got to play with the machinery, and I was hooked,” says Charlotte.

Then came a big adventure, she applied to work as a coastguard apprentice with the Norwegian Armed Forces (Forsvaret) and she got in.

“I sailed on the Barents Sea, to Svalbard, the Bear Island—it was such an adventure and an excellent learning opportunity.”

Charlotte knew early on that she wanted to get a bachelor’s degree, and as she was winding down her apprenticeship, she quickly realized that there weren’t many schools around her that offered that.

“There are schools that offer a two year, fagskole (vocational education) program, but I wanted to get a bachelor’s degree because I want to continue to study later on in life,” says Charlotte. So, her research brought her to USN, and Charlotte says that is the best decision she has made.

But there was one more reason: “When I graduate from USN, I will be the first one in my family with an undergraduate degree—that means a lot to me and my family,” says Charlotte.

In 2020, USN’s Centre of Excellence in Maritime Simulator Training and Assessment (COAST) was awarded the Centre for Excellence (SFU) status by the Norwegian Centre for International Cooperation in Higher Education (DIKU).

“Our mission is to promote student-centred learning by innovative simulator-based education”, says Professor Salman Nazir, the scientific leader of COAST.

The students, along with instructors, researchers, alumni, academic and industrial partners are involved in this venture that includes, but is not limited, to developing new simulation scenarios, grooming student lab assistants, ensuring 24/7 access to simulator facilities as well as communicating research outputs to other similar domains.

As a current student whose maritime simulation is a part of COAST, Charlotte agrees, “This is the future—COAST is working towards becoming a leader in maritime simulation training so the knowledge we receive is close as possible to real life,” says Charlotte adding, “The idea is to have similar ground rules for all schools, so no matter where we graduate from, we all speak the same technical language, and are empowered with the same technical knowledge, and can work efficiently.” 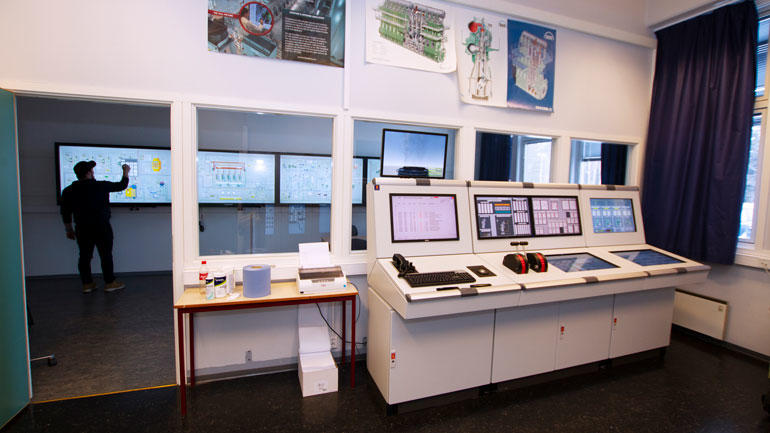 COAST believes that the active involvement of students is crucial for improving the quality of classroom interaction and improving levels of collaboration.

Charlotte is the ‘Students’ Think Factory’ representative at USN. The student group includes representatives from all partner institutions of COAST and plans to conduct seminars and workshops related to maritime simulation across different campuses.

“Earlier in the week, our teachers go through the mechanical side, and when we practice in the simulators you can put your class knowledge to practical use—that’s when everything clicks.”

A couple of months into the second semester of a three-year program, Charlotte already has a vision for what she wants to do when she graduates. She has a few plans.

“All my life, and now at USN, I have had wonderful teachers—I want to give back, share the knowledge that I have to the younger generation,” she says.

“But that is a super long-term plan—when I graduate from USN, I want to spend time on ships and get all my certificates, I will then get my masters and prepare for a life in academics,” adds Charlotte.

For now, Charlotte is enjoying herself in class, learning and socializing with her classmates in the little free time she has. “People often ask me if what I study is hard—it is hard if your heart is not in it, or if you are not giving your 100%,” she says, “If you want to make the sea your ever day life, this program is super fun.”

Centre of Excellence in Maritime Simulator Training and Assessment (COAST)

There are 12 SFUs in Norway, and the scheme is intended to stimulate outstanding quality in Norwegian higher education.

COAST aims to be the world's leading provider of simulator training and assessment for maritime education.

The centre is based on MARKOM2020, a development project with the aim of raising the competence of Norwegian seafarers and is an example of cooperation and work sharing in maritime professional education. The institutions work together to develop new knowledge and infrastructure that can be shared.

COAST is located at the University of South-Eastern Norway (USN) at the Vestfold campus.