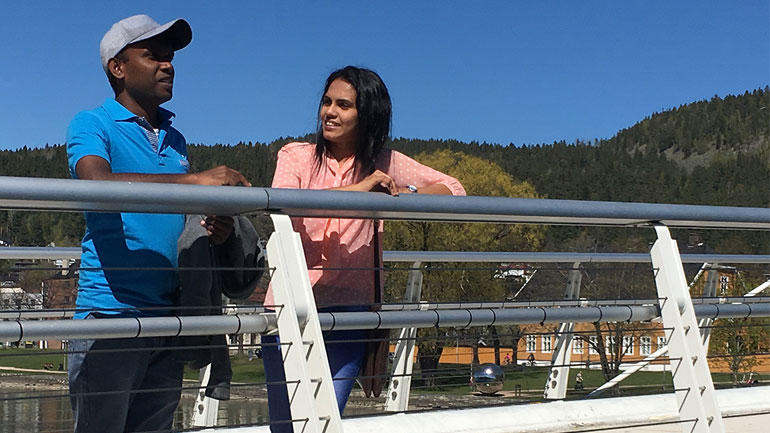 “We now have a mutual understanding about our own religious perspectives, me being a Hindu and Anushika, a Buddhist,” says Ravindraprasath.

Sri Lanka, a country emerging from a recent war and in the midst of societal and post-war recovery, continues to struggle with ethnic and cultural diversity. There are currently four major ethnic groups within Sri Lanka, and much of the recent strife is related to the cultural diversity and lack of understanding between these groups.

Having received a grant from the Norwegian Partnership for Global Academic Cooperation (NORPART), USN and the University of Peradeniya are working together to help establish a program that will advance the rights of all Sri Lankans and help build an inclusive, multicultural society in the emerging post-conflict nation. 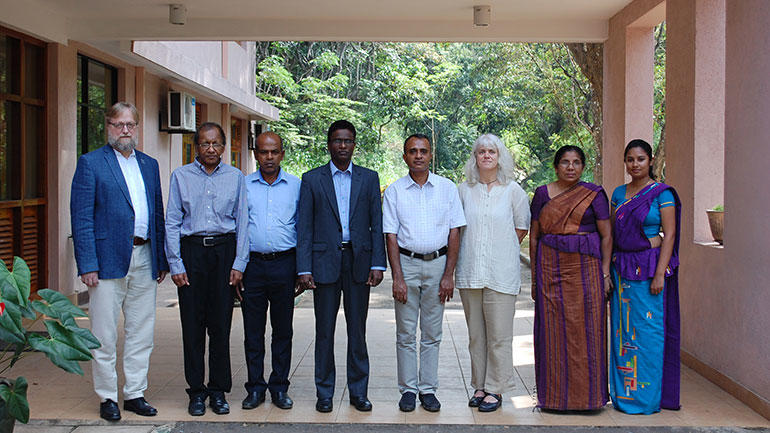 The two universities are working together to establish a Master’s degree program in Human Rights and Multiculturalism. The project, called “Human rights and reconciliation in a post conflict multicultural society” is one out a total of 21 projects that have been selected for funding by NORPART*.

How will this help?

This program will help establish the social leaders for Sri Lanka’s future. They will have the knowledge to help bridge the cultural divide that currently exists, so that future generations can avoid further conflict”, said Professor Ananda Jayawickrama currently visiting USN.

The project, which was formally kicked off on February 1, 2017, will involve the two Universities exchanging students and faculty-members, establishing the new Master’s program, and collaborating on joint small scale research projects.

“We are hoping to offer this Master’s degree at the University of Peradeniya in 2019”, said Professor Ananda Jayawickrama, “this program will be the first of its kind in Sri Lanka”. 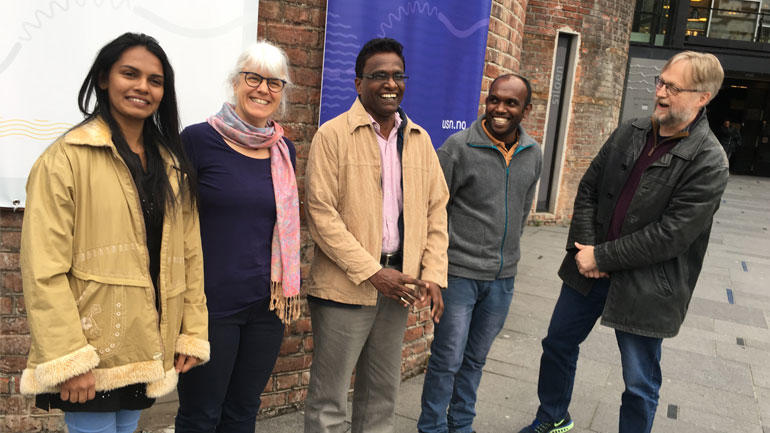 “In the political arena, the Norwegian influence is considered very serious in Sri Lanka, however when it comes to human rights aspects it’s more complicated. Different people think differently. Now we have to take that challenge, and work with Norway to establish proper education in human rights. Through this project, we are going to educate people on human rights.  We will have links to other countries like Norway on how they are practicing human rights, and then make some kind of reconciliation.

“In developing countries human rights come as a rule, but the rule is not implemented. Different groups of people choose different types of rules. Some people sacrifice human rights for some other means,” says Ananda. “In Sri Lanka, traditionally, it’s the role of the father to discipline his own kids, but when it comes to the law it is prohibited. We are deviating from the law and highlighting the cultural and traditional aspects of human rights. How we can find some kind of reconciliation, will be an important question when developing this master program in Sri Lanka”.

Ådne Valen-Sendstad, Associate Professor at USN says “Coming from a western culture, Norway has a global perspective on human rights. This project is a great way for us to gain insights into human rights from the view of a developing country, and it challenges us to think if it’s possible to approach this topic from a different perspective. Is it possible to have it in another way? So as you can see, we have a lot to learn from each other.”

In addition to acclimatizing to the cold Norwegian weather, the two students, Anushika and Ravindraprasath, have gained invaluable insights into the topics of human rights during their Norway visit. Upon their graduation, the two plan on teaching their learnings back in Sri Lanka.

“Having spent the last 3 months here at USN, we have come to know each other and learned about the others’ perspectives and realized that is ok too,” says Anushika.

NORPART supports academic partnerships and student mobility with an emphasis on Master and PhD level between higher education institutions in Norway, and selected developing countries.

“NORPART is about internationalization, meeting new ideas, new attitudes and values that are different than your own. It’s about being exposed to different ways of thinking, because that challenges your own thinking. That dynamic is what internationalization is all about, and at its core is what this project is about”, said Lena Lybæk, Associate Professor at USN and project coordinator for this project.

“We will do our best to make this project successful”, said Professor Jayawickrama. “And we will succeed!” continues Ådne with a big smile.

MSc in Human Rights and Multiculturalism

This is an interdisciplinary program focusing on human rights and culture at local, national, regional and international levels.

The program is designed to accommodate students with degrees in different academic disciplines. It is also a post graduate degree course in teacher education.

If you are interested in applying for this programme, it will be offered again autumn of 2018.

Learn more about the MSc in Human rights and Multiculturalism