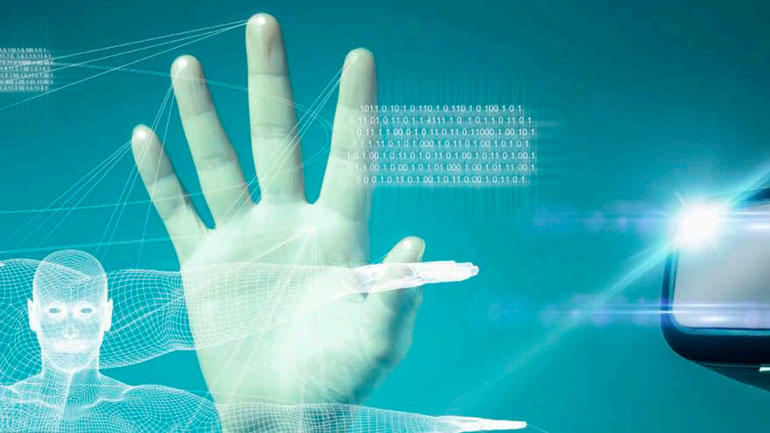 VIRTUAL: 'It will require a large effort, but we can succeed in addressing the limitations that hold these technologies back,' says professor Rigmor Baraas at USN. PHOTO: from the article Visual Perception in AR/VR in the journal Optics & Photonics News

Some hiccups still occur when we enter virtual and augmented reality spaces (VR and AR). A broadly composed team of top researchers and industries have now joined forces in addressing the challenges.

Virtual Reality (VR) and Augmented Reality (AR) were demonstrated as early as in the 1950s and 1960s. Today, VR technology is gradually entering the mainstream and becoming more easily available, but a long list of problems continue to prevent this ‘new reality’ from reaching its full potential.

On the one hand, this is a matter of technical challenges associated with the hardware, poor image quality or simply a lack of content. Another aspect is that engaging with VR and AR technology may result in visual discomfort – some even feel nauseated and sick.

To the next stage

‘It will require a large effort, but we can succeed in addressing the limitations that hold these technologies back, and it will affect our lives in so many areas, ranging from entertainment to education and work,’ says professor Rigmor Baraas at the Norwegian National Centre for Optics, Vision and Eye Care at USN, who heads the USN I-Merse research group. 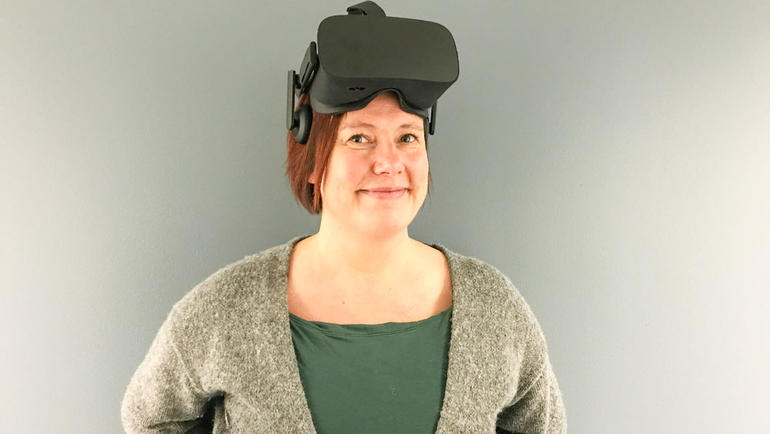 In cooperation with the Cambridge researcher Özgur Yöntem and others, professor Baraas recently arranged the digital incubator meeting ‘Visual Perception in AR/VR’, held by The Optical Society (OSA).

At the meeting, participants from vanguard industries and world-leading academic researchers had the occasion to explore how scientific studies of human perception can be used to take virtual reality to the next stage.

‘AR/VR is a highly interdisciplinary technology, and it’s no simple matter to convene researchers and engineers across different disciplines and to bring in both academic and industrial resources. This meeting was a useful step in this direction,’ says Yöntem.

You can read more about the meeting and its outcomes in the article Visual Perception in AR/VR, written by Rigmor Baraas, Francisco Imai, Özgür Yöntem and Jon Y. Hardeberg and published in the April issue of OSA’s Optics & Photonics News.

AR/VR technology is facing a considerable challenge when it comes to reducing the difference between the images delivered by the display optics in these units and the perception of the content in the human visual system.

‘When we use VR or AR, we force our visual system to adapt. The problem is that most conventional AR/VR systems take no account of the human variations in vision, and this causes users to experience visual discomfort and nausea,’ Baraas explains.

The topics at the meeting included so-called ‘accommodation vergence conflict’. This arises when your brain receives inconsistent signals between the distance to a virtual 3D object and the distance required for your eyes to be able to focus on the object.

‘Cutting-edge screen technology cannot overcome all the remaining challenges with a single solution. The challenges reside in the fact that we need to relate to strict requirements in terms of resolution, update frequency, colour production and other aspects of the image-generating units, as well as focusing capacity, focus control, size et cetera of the optics,’ says Özgür Yöntem.

A number of USN researchers are affiliated with OSA, and Rosemarie de la Cruz Bernabe was one of the lecturers and panel members at the incubator meeting.
She addressed ethical aspects associated with AR/VR research, especially with regard to privacy.

‘AR/VR brings obvious challenges, since the technology uses a number of cameras and sensors that collect rich personal data, and there is a need to obtain consent for sharing and using these data. When it comes to non-medical AR/VR research, there appears to be a general need for more ethical monitoring,’ Bernabe concludes.