As we continue to conduct more of our transactions online, consumers, companies and governments put their faith in encryption to protect their private and sensitive data. Once quantum computing becomes a reality, our current encryption methods will quickly become obsolete as quantum computers will be able to easily crack them.

With companies and governments investing heavily in quantum computing, it seems that a fully functioning quantum computer will become a reality in the not too distant future. A machine like that would have no problem cracking the encryption methods used across the Internet today.

Quantum computers will make today's internet insecure. Therefore, we should consider replacing the current infrastructure now according to Dr. Vadim Makarov. He heads the Quantum Hacking Lab at the Institute for Quantum Computing at the University of Waterloo in Canada.

Dr. Vadim Makarov has visited USN several times as a lecturer and guest at our research group in quantum technology. Dr. Makarov works with the major commercial producers of quantum communication equipment. Although quantum communication cannot be hacked in theory, the engineering implementations may have flaws. He is working to find such flaws, thereby improving the security of these systems.

He has received numerous international recognitions for his research in quantum hacking. Dr. Makarov warns: “It will no longer be possible to communicate securely through current encryption methods”. 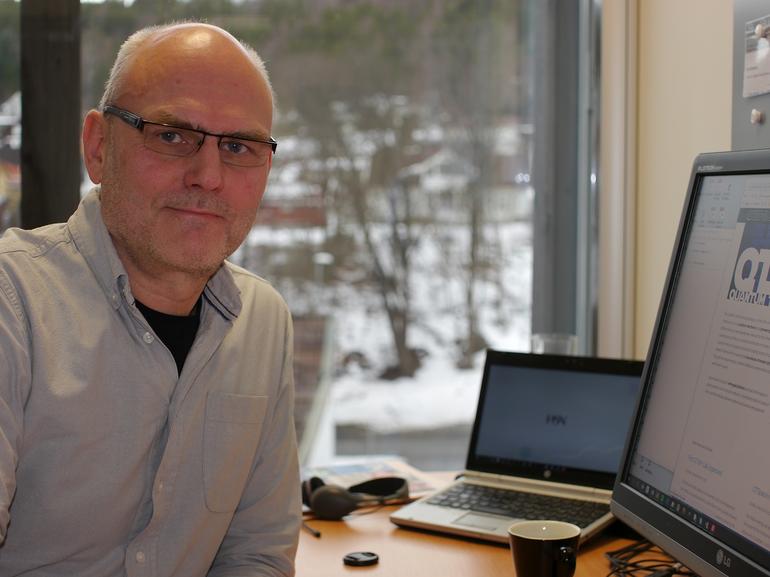 “We have reasons to worry,” says Lars M. Johansen, professor in physics at USN. He supports Vadim in his predictions: “We don’t know if we are looking at 5, 10, 15 or 20 years until quantum computers are a reality, but what we do know is that the development has come much longer than we anticipated only 5 years ago”.

China recently launched the world’s first quantum satellite. The satellite is designed to establish ultra-secure quantum communications by transmitting uncrackable keys from space to the ground.

“It’s a race between Europe, China and the US, and we are seeing that China is ahead of the game” says Johansen. The European Commission recently put €1 billion on the table to launch an ambitious European initiative in quantum technologies to make sure Europe takes a leading role in this technological revolution. The project is one of the three flagships under the program Future and Emerging Technologies, and will begin in 2018. The Commission has chosen an unorthodox path in developing this initiative. They have secured funding, but have asked the scientific community to define the specific goals of the project. To this end, a large European consultation meeting with the scientific community was recently arranged in Berlin. From Norway, representatives from USN and NTNU took part.

What is quantum technology?

Quantum physics has been around for a long time, but today scientists are trying to find out how we can use quantum physics in technology. Quantum technology involves several different areas, including computing and communication as well as sensing, measurement, imaging and simulation.

“Simply put, quantum technology involves the manipulation of single particles for technological purposes. In quantum communication, you transfer the smallest particle of light, the photon, from one place to another”, explains Lars. “We still don’t understand how quantum particles are actually able to behave the way they do, which makes it such a fascinating field to research”, he says enthusiastically. “What we do know, is that quantum technology will play a vital role in technological research and development going forward”.

Makarov's research has been featured in: