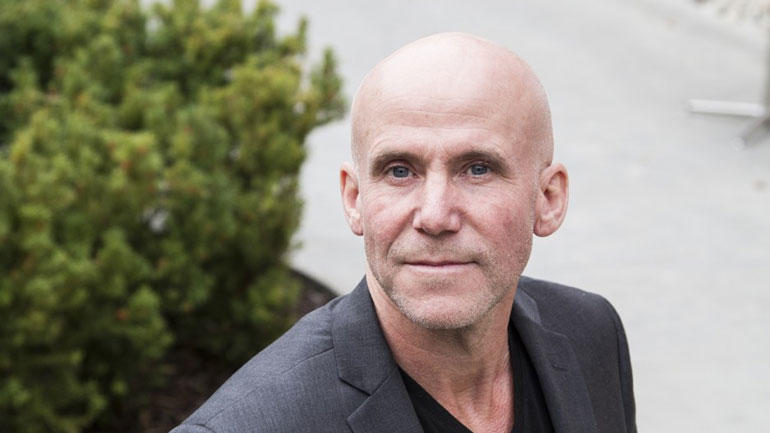 For many self-employed that have received cancer treatment, resuming their work as before can be difficult or not possible. They also suffer financially compared to regular full-time employees, research shows.

Cancer survivors who run their own businesses or are consultants find returning to work more difficult when compared to more traditional, “regular” employees. They often have to reduce working hours and thus suffer financially.

Professor Steffen Torp recently published a study on cancer survivors in the Journal of Cancer Survivorship. Additionally, Professor Torp works in the Department of Health, Social and Welfare Studies at the University College of Southeast Norway.

“They find their own health and quality of life has worsened compared to those with regular employment who have had cancer,” says Professor Torp.

He believes the differences are due to self-employed having other responsibilities. But the main reason is that they have less social support at work and that they receive less support from NAV than regular employees.

“The self-employed are struck harder after cancer and say that they struggle to keep up the quality of work as well as financial ability after treatment, compared to regular wage earners. Additionally, the stress related to financial concerns may play an important role and result in the self-employed seeing their quality of work has lessened compared to regular employees."

His research was conducted on over 1100 former cancer patients who received treatment at St. Olav's Hospital in Trondheim, Oslo University Hospital, Haukeland hospital in Bergen and Vestfold Hospital in Tønsberg.

Self-employed stated that their work capacity was struck harder and that the cancer had resulted in financial losses, compared to what regular employees reported. They had reduced the number of working hours per week significantly than those of regular wage earners, in the time after treatment.

While 44 percent of the self-employed reported that their financial situation changed after the disease, only 26 percent of regular wage earners said the same. Several of those who had his own company had been forced to make changes to their job situation. Generally, they had poorer quality of life and health due to cancer compared to regular wage earners.

“The financial uncertainty comes in addition to uncertainty regarding their own health - the fear of whether they will survive or not,” says Torp.

Professor Torp received responses from over 1,100 cancer survivors. Of these, 1,027 survivors were regular employees and 88 ran their own business. All respondents were working when they were diagnosed with cancer.

They responded to the questionnaire one to three years after diagnosis.

Only five percent of wage earners received disability benefits or early retirement in the years after diagnosis, whilst this applied to nine percent of those running their own businesses.

Self-employed have different working conditions and other social benefits.

“Because they do not have as favourable benefits from NAV, they find that their situation becomes more uncertain”, Torp says.

“We have a suspicion that many people who work for themselves, especially young people, do not have insurance guaranteeing full sick pay.”

The vast majority of those running their own company in Norway, work alone. A full 60 percent have no employees other than themselves. 27 percent have fewer than five employees.

“They have other needs for support when they become ill and to return back to work again,” continues Torp.

“For example, it is not so easy to get a substitute who can go in and be CEO of a plumber business for a few months, while the patient is in treatment.”

The fear of losing customers

Other studies have shown that those with their own business who survive cancer are afraid of losing customers, business credit and even real estate because of the disease.

“They are afraid that the company won’t survive. A bankruptcy will obviously have a big impact on themselves and their financial situation.

“Self-employed with employees in the company will also have concerns about what will happen with them and their families in the event of bankruptcy,” says Torp.

“NAV should increasingly recognize that this group has different needs than full-time employees, such as providing a substitute that can take the employer's responsibility while the entrepreneurs themselves are sick,” he said.

“It should also be considered whether they should get better coverage of their original income due to sickness. Regardless, it is important to focus on the fact that businesses have the necessary coverage, so that they are secure in case of serious illness, not just cancer.

“As it is now, they carry much of the burden even if they become seriously ill,” says Torp.

Approximately 40 percent of those who receive a cancer diagnosis are of working age. Scientists estimate that the number of cancer patients will continue to rise, because more cancers are detected and more people are surviving because of more effective treatment.

Approximately eight percent of working-age Norwegians run their own businesses.

“It is important that cancer patients get the opportunity to continue to work, even if they are their own employer. Society depends on this group of workers. We need all the plumbers, carpenters, physiotherapists and other businesses,” emphasizes Professor Torp.

Most cancer survivors go back to work

Cancer causes lower work capacity for many and increased risk of ending up unemployed. Still, 60- 70% of survivors return back to work again after the treatment, according to Norwegian and international studies.

Individual conditions like cancer symptoms and overall health after treatment plays an important role. In addition, factors like work environment, procedures with NAV and economic conditions are important.

Scientists know a lot about who is able to go back to work, but little about how they manage it. An ongoing study at the University College of Southeast Norway should tell us more about this.

Having the opportunity to return to work is important for patients' health, self-esteem and sense of meaning in life, according to the study. But work also contributes to a stable income.

It is also important for society to keep as many people as possible at work to ensure high productivity and to avoid social inequalities.

Moreover, being able to work is a symbol that one has returned to normal life, according to Professor Torp.

Physical labour not the cause

Other characteristics of the self-employed is that they tend to be older compared to full-time employees, have less education and the majority are men. There was also a predominance of hard physical labour in the group.

“Manual work in itself has a negative impact, generally there are fewer in this group returning to work,” Torp says.

Four out of five employees (82 percent) were back at work at the time they completed the questionnaire. Only three out of four (76 percent) self-employed had begun working again.

“Because the number of self-employed who responded that they were not working was so low, this finding is not statistically significant. It still shows a tendency,” says Torp.

How the study was done

The researchers found over 2850 people in the Cancer Registry of Norway who had been treated for cancer at four major hospitals in Norway.

Subjects were diagnosed between January 2005 and December 2006, they were between the age 25 and 60 when they were diagnosed. The average age was 52 years for wage earners and 53 for the self-employed. 69 percent were women. Most earned NOK 500 000 or more.

Those who were deemed too ill to receive the questionnaire were excluded.

The percentage who answered was 54 percent.

Data collection was funded by the Cancer Society, and the study is done as part of a collaborative European Cancer and Work Network.