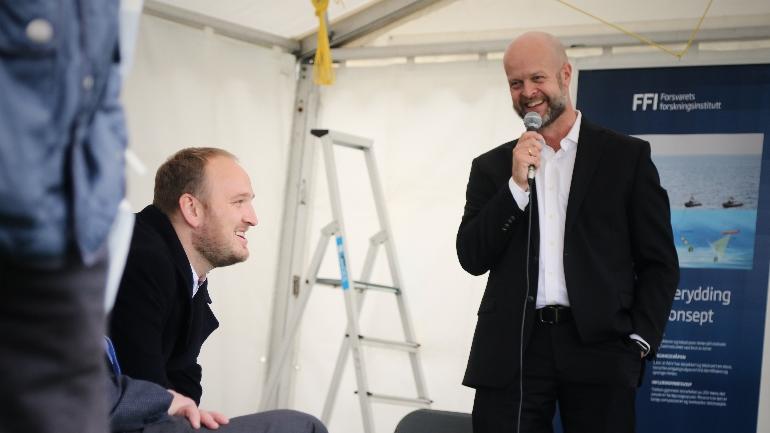 Optimists: Minister of Transport and Communications, Jon Georg Dale (Frp) and AUTOSTRIP leader Paal Aamaas was impressed by how to autonomous vessels operated by sea during the opening of Test Arena Horten. Photo: Stian Kristoffer Sande.

The University of South-Eastern Norway is operating a new open arena for testing of autonomous maritime vessels and technologies. "This arena and all its technology is easy accessible to everyone," says project leader Paal Aamaas.

Take a look at what Test Arena Horten have to offer:

Test Arena Horten is located at the inner port of Horten and officially opened on October 16th. Among the public present at the opening was Jon Georg Dale, Norway's Minister of Transport and Communications. The facility tour and presentation of several self-driven vessels made a solid impression on the minister.

“The way the maritime cluster works together with the research and student environments, shows us that we can be at the developmental forefront of such technologies,” the minister said after the presentation.

Test Arena Horten is the third established maritime autonomous test area in Norway. The other areas are located at Trondheimsfjorden and in Storfjord outside Ålesund. The arena in Horten offers users access to a complete set of services, like testing of sensors, radars, and navigational processes. 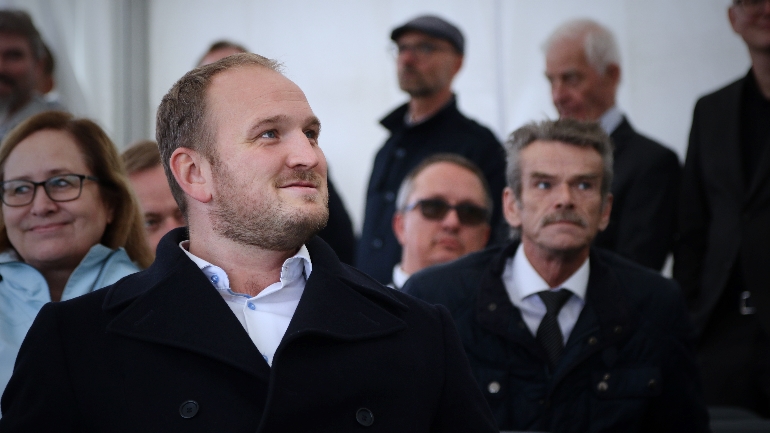 SEE ALSO: Have you remembered to register for USN's Applied Autonomy Systems summit 2018?

"The test arena is operated by the University of South-Eastern Norway (USN), which means we both coordinate and facilitate for those who use the arena for testing and research," Paal Aamaas says, leader of USN’s AUTOSTRIP-project (Autonomous Systems within Transport and Industrial Processes).

The project leader says all sea within Horten’s municipal boundaries are approved as test area, so everyone who use the arena has a lot of space to operate in.

"We provide users with a boat – a 6.3-meter model of Yara Birkeland –, which they can use for testing their projects. In addition, we give access to a control center located close to the docks. Here you can follow the operations taking place at sea and harvest data as well." 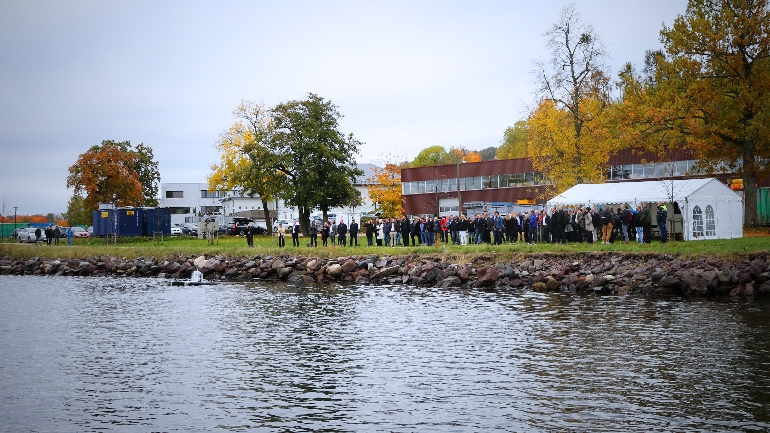 During the opening of the test arena, four different autonomous vessels were demonstrated for the visitors. The research staff at USN presented the sail boat Autonomous and the USN-owned model of Yara Birkeland, built by Kongsberg Maritime.

Also, the USN-developed Portbin Robot, an autonomous trash collector, was presented in front of an audience for the very first time. University lector Marius Stian Tannum is the architect of the machine and the vessels sole purpose is to clear the oceans for plastic and other types of waste.

The Norwegian Defence Research Establishment presented its self-driving water minesweeper Odin, which is the Royal Norwegian Navy’s future concept within un-manned mine sweeping.