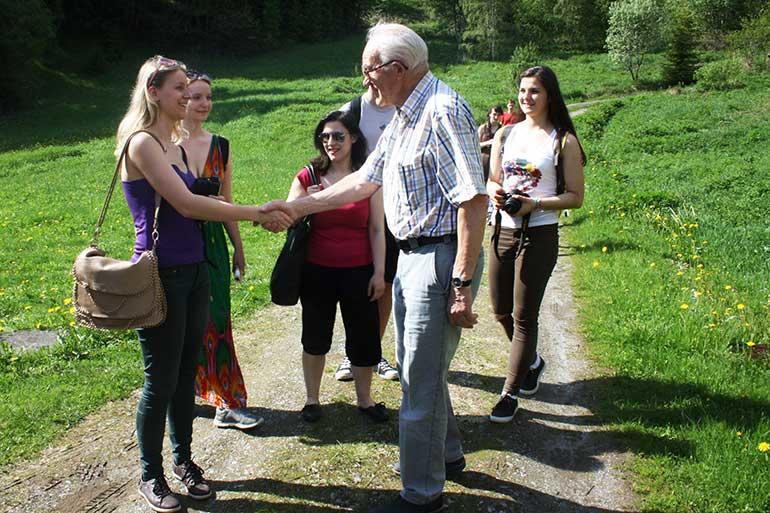 USN’s “Norwegian Literature: Location experience and European perspectives” project, supported by the EEA and Norway Grants, has been awarded a prize for “outstanding mobility story” for students from the Czech Republic.

The project was one out of 320 collaborative and mobility projects nominated at a conference in Prague in December. USN will be awarded a prize at the conference "The EEA Scholarships Program – a plus in education" which is to be held on 23rd – 24th March 2017 in Bucharest.

During the spring of 2016, five Master and ten Bachelor students from Masaryk University in Brno, Czech Republic arrived in Norway to spend a week learning about some of Telemarks’ and Norways’ proudest cultural hallmarks. The program is a part of a Bachelor Degree in Scandinavian language, literature and culture.

Katarína Balková, one of the participants in the program, says “It was wonderful to leave the classroom for a while and learn by experience. Every day a new amazing adventure was waiting for us”.

“Building our knowledge of Norway didn’t stop just at literature and history, but also nature. We were travelling by bus the whole time, so we could see the whole region very closely; from the sea in Porsgrunn and Langesund and up on to the top of Hardangervidda,” says Katarína, who created a video from trip that you can watch below.

Throughout the week, the students met with culture/literary people such as Fredrik Brattberg, Olav and Guri Vesaas, Anders Kvåle Rue, Stephen Walton and Sigrid Aksnes Stykket.

“One of the highlights of the program was the opportunity to visit Tarjei Vesaas' house and meet his children Olav and Guri Vesaas. I could see the room where he wrote his famous novels, I could look through the window into his garden where he used to sit.  I felt like I was a part of his story.  From that moment I look at Tarjei Vesaas' novels in a very different light”, says Tomas Bratina, another participant in the program.

“I had the same feeling when we visited the Henrik Ibsen Museum in Skien. At that time I realized that you can see as many Ibsen's plays as you want, but when you have an opportunity to visit some places connected to him, you will get a whole new perspective on his life and his work. Ibsen became more personal, more real to me”, Tomas continues. “This project has motivated me to get better in Norwegian. It gave me a new momentum to my study. If you study a foreign language, it is not enough to master grammar. Language is something more complex and includes history, culture and people. This project contained all of this. It was a great experience and taught us not only how to get closer to Norwegian, but how to get closer to Norway.“ 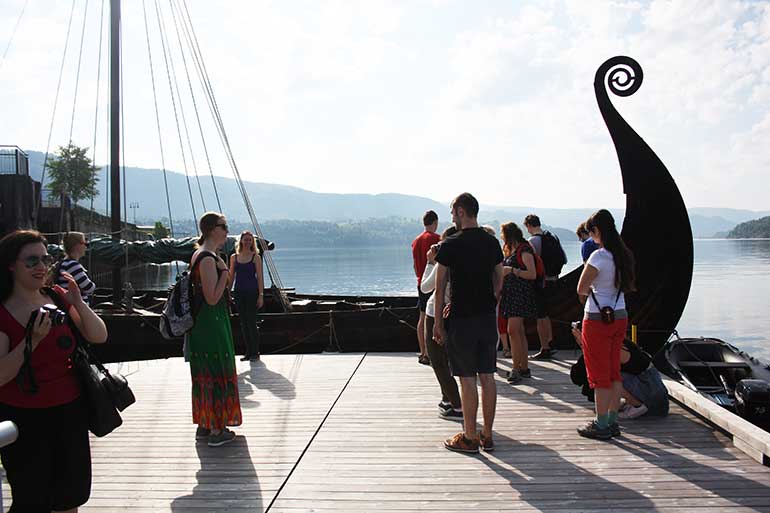 “The program covered a big variety of people and places. We went to many places that applied not only to literature, but also to history, art or sports.  I am humbled by the hospitality offered by the people inviting us into their homes”, says Zuzana Hadašová, and continues “The way the program was constructed gave us participant the opportunity to get each other well across backgrounds and competency level. We really enjoyed the program and would love to come again!”

Sigrid Aksnes Stykket, program manager and lecturer at USN concludes “I think the EEA and Norway Grants gave a great opportunity for authentic learning about authors and their background, Norwegian culture, everyday life and language, and about USN and the opportunities they can find here. One of the students has already been to USN on an Individual Mobility Grant, and we hope for more in the future”.

About EEA and Norway Grants:

EEA and Norway Grants are funds given by Norway, Lichtenstein and Iceland to 15 receiving countries. The purpose of the program is to reduce financial and social differences in Europe and strengthen the bilateral collaborations between Norway, Lichtenstein, Iceland and the 15 countries receiving the funds. The last program period was from 2009 to 2014, but formally ended in 2016.