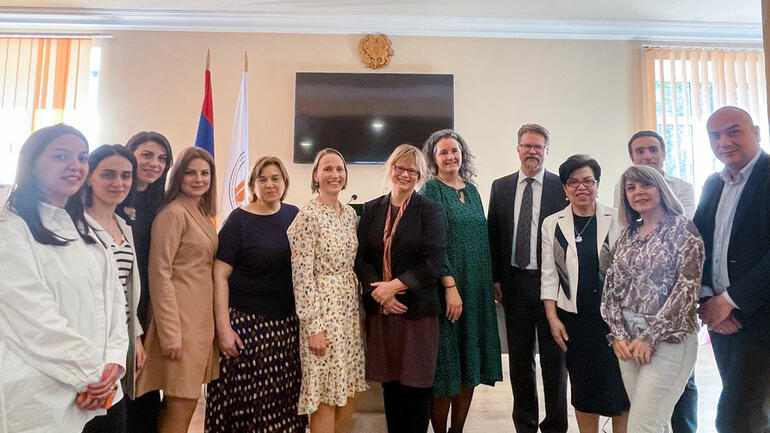 With a delay of almost two years, the Final Seminar of the “Norwegian-Armenian Cooperation in Admission and Recognition” (NACAR), was finally held in Yerevan on May 13.

“The seminar was a good way to round off the NACAR project, and it was very nice to see that so many people showed up from a variety of institutions, with representatives from different Armenian universities, the Armenian Ministry og Education, and the UNHCR present”, says Silje Kontni from USNs Admissions office.

USN has been responsible for coordinating the project, with staff from the Admissions Unit, the Recruitment Unit and the International Relations Unit taking part in the project.

The focus of the project has been capacity building between Armenia and Norway to enhance cooperation between higher education institutions, through a better understanding of higher education systems, qualifications and admission procedures in Armenia and Norway. One of the main objectives has been to contribute to improvements in university management in Armenia, including the implementation of reforms related to the Bologna process.

The project has been organized in five work packages:

Silje Kontni from USNs Admissions Unit has been responsible for Work Package 3, and thinks it has been very rewarding to have had the opportunity to participate in NACAR:

“It has been really interesting to get to know more about the education system in a country that I knew hardly anything about before joining the project.”

During the project period, both Norwegian and Armenian participants have taken part in job shadowing, meetings and visited each other’s institutions. However, due to the pandemic and the conflict in Nagorno Karabakh in 2020, there have been some delays, and in 2020 and 2021 the project meetings took place via zoom. 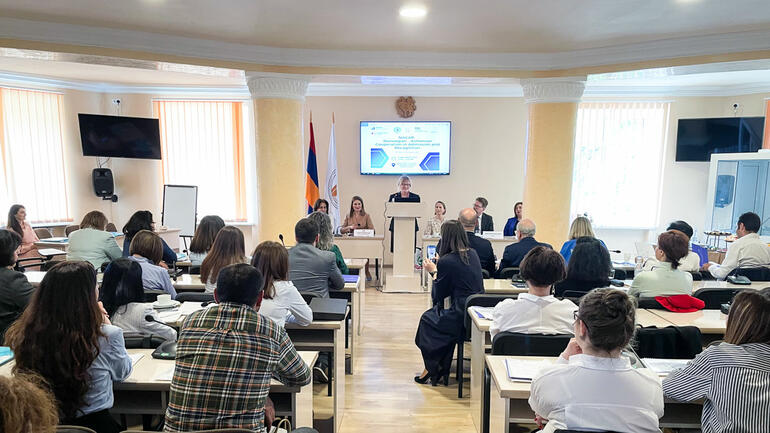 Visit to Norway and Armenia

“We have had some catching up to do the last year of the project period, due to all the obstacles we met along the way, but I am very impressed by how the project members have managed to keep the project going despite the many challenges”, Project Coordinator Anette Staaland, from USNs International Relations Office, declares.

“And we were very happy to finally be able to welcome the Armenian partners to meetings in Norway earlier this spring”, she adds.

During their stay in Norway in April, the Armenian visitors had meetings at both Nokut and USN. They also visited USN Campus Drammen, where they had meetings with representatives from the International Relations Unit, Department of Nursing and Social Sciences, Department of Languages and Literature Studies, and the Department of Business and IT, learning about internationalisation and some of the most relevant study programmes at USN.

Then, on Friday 13 May, the project held the final seminar at Brusov State University in Yerevan, with about 45 participants from the internationalisation and admissions offices of several Armenian higher education institutions present.

Among the audience were also representatives from the Armenian Ministry of Education, Science, Culture and Sport.

They were particularly interested in hearing about Nokut’s presentation about the Norwegian education model, characterized by high level of trust and broad powers to the educational institutions, as they themselves are in the process of drafting new legislation for higher education.

As a follow-up to the NACAR project and the results derived from it, Nokut will also propose to incorporate selected Armenian degrees in its scheme for automatic approval.