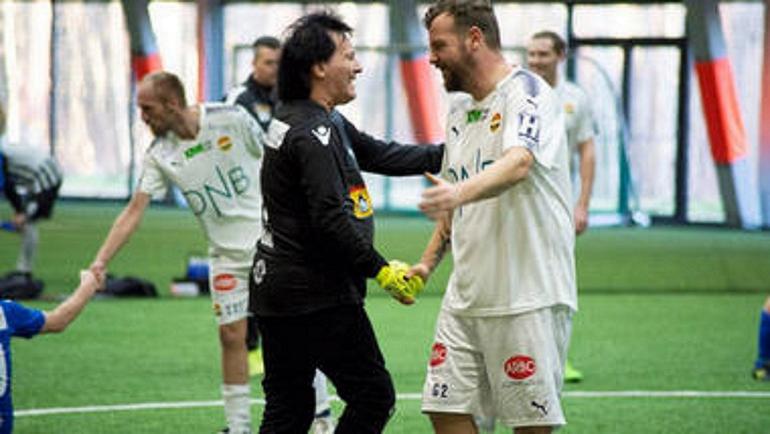 PROVES EFFECTIVE: The players who are a part of the street football teams experience a kind of unity and belonging that other types of aftercare struggle to give offer.

Combining football with aftercare for people who are experiencing drug-related problems is a form of groundbreaking social work which is proving to be effective.

Senior researcher Lars Ueland Kobro at SESAM (Centre for social entrepreneurship and collaborative social innovation) at the University of South-Eastern Norway (USN) has led a study on street team football. Together with colleagues at USN's Centre for mental health and substance abuse, he has performed research which has delivered good and inspiring results.

Followed the teams for a year

Street team football is the low-threshold activity that the organization Norsk Toppfotball ("Norwegian Elite Football") offers anyone who has or has had long term challenges with drug addiction. As of today, 20 of the major Norwegian football clubs have their own street team. The teams offer their players to participate in training as well as matches in their own league and in cups. The clubs collaborate with municipalities, NAV and other public services. The teams are organized through Fotballstiftelsen ("The Football Foundation").

The street football teams of Fredrikstad Fotball, Strømsgodset, Sandefjord Fotball and Odd Fotball have participated in the study.

Together with three individuals with their own user experience from long term drug abuse, the researchers from USN have executed the study at those four clubs during one year.

The study was financed by research funding from Oslofjordfondet. 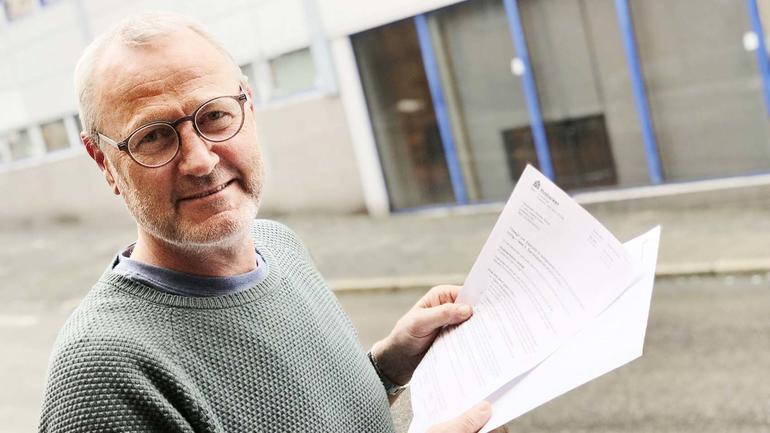 Participation in street team football seems to have a very good effect on the participants' recovery, meaning their processes of improving and mastering their lives with drug-related issues.

- Football acts as a springboard and a resource base that the players use to move on in their lives, which are filled with complexed challenges they need to address, Kobro says.

There seems to be to conditions in particular which are vital to the success of street team football. One of them is experiencing unity and belonging; to be a part of a team in a broader sense.

- The participants look out for each other and build a safe environment around each other in a comradeship where they get support from others equal to themselves. This unfolds in a way that people with drug-related problems don't experience to the same degree in traditional care and aftercare offered by the public sector or elsewhere, Kobro explains.

The other condition is the contribution from the coaches, and the parts they play:

- Without any formal education with regards to social work, the coaches meet the players with a combination of respect, expectations and a framework. This seems to balance somewhere between demands and care, which is exactly what the players need, Kobro says.

Professors Marit Borg and Bengt Karlsson both have many years of experience studying work related to recovery and aftercare within drug-related problems and mental health, both in Norway and internationally. They have called their subreport on part 1 of the project with the four clubs "Norges beste ettervern?" ("Norway's best aftercare?").

- We've been impressed by what we've learned and understood through our conversations with the players, Karlsson says.

Street team football conducted by "ordinary" elite clubs are creative initiatives which have emerged a bit on the side of traditional services the public sector offers when it comes to drug-related issues, mental health, employment policy and other welfare services.

The researchers agree that it's exactly in this hybrid field between voluntary organizations, market actors, public services and enthusiasts with new ideas that the innovations within the welfare society need to take place.

- It really looks like street team football is an innovation that has discovered new ways of collaborating with players, and that it has a potential to be used when addressing other issues within the welfare state as well, Kobro says.

The four clubs which have been part of the study have all found their own way of cooperating with their local government respectively. This seems to work out quite well, but it is still a bit random, and partially depending on individuals. In that concern, the researchers conclude that this model isn't very robust.

- We're not even sure we can call it a model, so the future of this kind of work is vulnerable, Kobro says.

Back to SESAM main page

Street team football is the low-threshold activity that the organization Norsk Toppfotball ("Norwegian Elite Football") offers anyone who has or has had long term challenges with drug addiction. As of today, 20 of the major Norwegian football clubs have their own street team. The teams offer their players to participate in training as well as matches in their own league and in cups. The clubs collaborate with municipalities, NAV and other public services. The teams are organized through Fotballstiftelsen ("The Football Foundation").