In practice: Social entrepreneurship ensures that new ideas and solutions regarding social problems are acknowledged and preserved in a way that make them practical and useful in a long term. (Photo: iStock).

The government wants to lay the groundwork for more social entrepreneurship. SESAM (USN) has now given its recommendation regarding the matter.

What can be done at a national level to make social entrepreneurs more visible and robust as an innovative force within the Norwegian welfare state?

The answers are now available in the report "Sosialt entreprenørskap - Økt synlighet og større handlingsrom?" ("Social entrepreneurship - Increased visibility and more room to act?") (USN Open archive, in Norwegian). The report is based on findings which show how social entrepreneurship as a phenomenon is being handled in the other Nordic countries, with referances also to Scotland, the Netherlands and Canada.

ALSO: What is social entrepreneurship? (usn.no/sesam)

For several years there has been an expressed desire within many professional and political environments to have more innovation within the Norwegian welfare state. Numerous political statements and official governing documents are pointing at social entrepreneurship being a field of great potential.

- It has, however, proved to be much easier pointing to the desire of having more and better social entrepreneurship, than it is to know how to do this in real life, Lars U. Kobro, the leader of SESAM, says.

The report comments on this dilemma, and make suggestions regarding solutions. 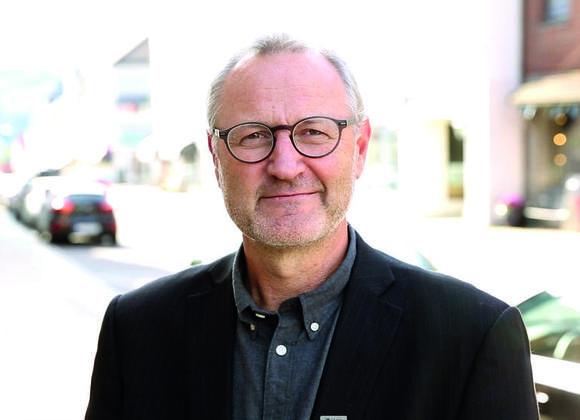 - If social entrepreneurship as a phenomenon, and social entrepreneurs as a force of increasing innovation in the welfare society are to be supported and made more visible, it seems there needs to be created a more continuous eco-system to take care of this, Kobro writes in the report.

The report explains what an eco-system for a given area of development actually is, and what would have to be in place to make such a system work for social entrepreneurs in a Norwegian context.

- There is a relatively modest financial support arrangement for social entrepreneurs at NAV, and a small post in the budget of the Ministry of education and research. Apart from that, there's no particular official governmental policy directed towards social entrepreneurship in Norway, Kobro states.

He points out that there are private funds and organized networks, as well as access to accelerator and incubator arrangements.

- There are a number of measures and arrangements, but these mostly exist independently. Which is why it's not natural to speak of a system of support, Kobro says.

A part of lectures

The report is meant to be used in lecturing and other forms of dissemination.

As soon as the 12th of february 2020, SESAM is gathering 60 participants for a continuing education course in collaborative social innovation. The report will naturally be a base of knowledge to lean on during the lectures in social entrepreneurship.

Back to SESAM main page.