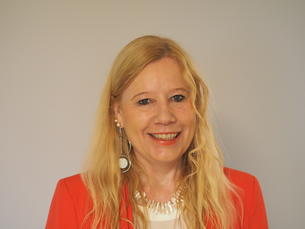 Safe, Good Parenting, 1984-86
The project was implemented in cooperation with health centers, preschools and schools in Trondheim, and the intention was to provide guidance and support to immigrant parents, young mothers and single parents who had sole parenting responsibilities.

Workshop for Aphasia Patients, 1987-1989
The purpose of this project was that adults with aphasia could train together. It was also adapted for socializing. Similar offers were eventually also established elsewhere in Norway, Sweden and Denmark.

Living with Aphasia, 1993
As a representative of the Norwegian Association of Logopedics and the Aphasia Association in Norway, I participated in developing an information package, which includes a book and movie about living with aphasia. This work was done in collaboration with representatives from the user group.

Communicate with the Whole Body, 1993
In 1993, we started a Nordic theatre group where young people with acquired head injury were responsible for directing and content. Performances were shown in Nordic countries.

Back to Work after Head Injury, 1997-98
Under the auspices of the Ministry of Social Affairs in cooperation with the Aphasia Association in Norway, I had joint responsibility for the project “Back to Work with Aphasia”. In this connection, conferences were conducted, inter alia, in Oslo, Trondheim and Tønsberg.

Preschoolers and linguistic awareness, 1999-2000
Three preschools participated in this project, where the aim was to ensure that everyone possessed basic concepts before starting school. The project was supported by the Director of Education in Vestfold.

Philosophy in Secondary Schools, 2000-2001
As educational and psychological counselor, I was responsible for a project titled Philosophy and Everyday Psychology in Secondary Schools. The background for the project was that some secondary schools reported their concern in relation to unmotivated students. The project was supported by the Director of Education in Vestfold.

Continuing Education, 1999-2003
In the period 1999 to 2003 I was responsible for a project where it was wanted to update professional continuing education of schools and preschools in seven municipalities in Norway.